One of the NBA Youngboy’s baby mothers, Arcola, is calling out the rapper for allegedly kicking their one-year-old son out of his home during a parental visit in Utah.  Allegedly, YoungBoy was upset at something that Arcola had posted about him on social media. 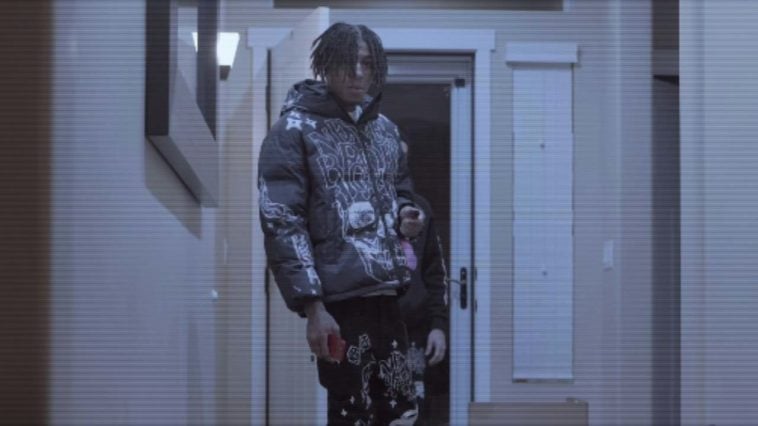 YoungBoy was apparently upset that Arcola had posted comments about him begging to see his son on social media. Youngboy reportedly ordered the toddler out of his house and had the mother fly out and take him back to San Francisco.

The drama started over the weekend with Arcola sharing alleged text messages between her and YoungBoy where she called him a “weak ass b*tch.”  She then shared multiple messages where YoungBoy was begging to see his son.

“Whole time, he’s always been bitter, fake ass father of the year,” said Arcola. “You pressed me to bring him out there just to kick him out because your mad at me?

Arcola stated that the only reason she allowed the visit was to give her son a chance to “know his dad” and she didn’t want to be looked at as “bitter”.

Despite not having his own social media account, NBA responded on the official Never Broke Again Instagram page, saying that he didn’t want to have a baby with her. Youngboy also accused her of playing “baby games” and coming for “some sh*t I earned risked my life for”.

Arcola then went on to call YoungBoy a “manipulator,”  claiming the rapper has “mental issues” and should seek help.

Meanwhile, another one of NBA’s baby mamas, Yaya Mayweather, can’t seem to be able to get over the rapper.

Yaya let everybody know she is STILL riding for NBA Youngboy. The socialite and daughter of boxer Floyd Mayweather reposted a quote that said “I’ll never love nobody like I love Kentrell”, a reference to Youngboy, whose real name is Kentrell Gaulden.

NBA Youngboy started the year with a headstart in the music industry. Youngboy has already dropped a host of singles from his album, Colors.  On the project, he embraced all sides of his his image, including wearing makeup in his videos. This is NBA YoungBoy’s first project since last year’s From The Bayou collaborative album with Birdman.

Hours before the release of Colors, the tracklist has been revealed. The 20-track mixtape only includes one collaboration with Quando Rondo on “Gangsta.” Otherwise, the Grammy-nominated rapper goes solo on songs like “No Switch,” “DC Marvel,” and the bonus track “Flossin.”

This marks the first project from YoungBoy since From the Bayou, his collaborative album with Birdman, last month. In September, he released his solo album Sincerely, Kentrell, which debuted at No. 1 on the Billboard 200.

Meanwhile, his new collaboration with DaBaby, “HIT,” is now available on streaming services.

Colors arrives at midnight. See the tracklist below.

Since getting home from jail, NBA Youngboy has been on a roll.  The Baton Rouge rapper has released song after song and video after video. His reign continues with his new song “Foolish Figure.” The song has already garnered over 1 million views on Youtube.

NBA Youngboy is rumored to be dropping a mixtape later this month.

The Baton Rouge rapper, who was recently released from jail, revealed that he has a crush on the “Kiss Me More” hitmaker and would be first in line to marry her.

However, he is not about to make a move because he is already in a relationship with the mother of one of his eight children. “But nah. I got my little girl, her mom upstairs. I ain’t fu**in’ around like this,” said YoungBoy.

When asked what he likes about Doja, he responded, “She makin’ her own way out here… She hot.”

During his Clubhouse appearance, he also reacted to the recent deaths of Virgil Abloh and Young Dolph. “You know, that’s really not a bad thing though,” he said. “The only sad part is you can’t carry on with your life or just be there for your family, but you know, that’s not really a bad thing. You changing form. You going to the next chapter.”

After spending seven months in jail in his federal gun case, the 22-year-old MC was released in late October on $500,000 bond. He currently remains under home confinement in Utah.

YoungBoy recently earned his first Grammy nomination for Best Melodic rap Performance for “WUSYANAME,” his collaboration with Tyler, the Creator. On Friday, he and Birdman are set to drop their joint mixtape, From Tha Bayou.