Harry Kane once again cut a frustrated figure on Saturday as Tottenham slumped to a 3-1 defeat against Leeds United at Elland Road.

The result was Spurs’ 11th defeat of the season already in the league and, having crashed out of the FA Cup and Europa League long before the business end and lost to Manchester City in the EFL Cup final, the Lilywhites are coming to terms with another unsuccessful campaign.

Much of the talk in the wake of City’s cup win was regarding Kane, with fans and pundits alike in agreement that the England captain may have to leave Spurs if he wants to challenge for silverware.

The 27-year-old, who has scored 219 goal for the club and is hunting down Alan Shearer’s all-time Premier League scoring record, is still yet to win a senior trophy and is reportedly growing frustrated at the club’s lack of success in recent years.

In recent weeks, Kane had been heavily linked with a move away from Spurs, with Manchester United and City both linked. 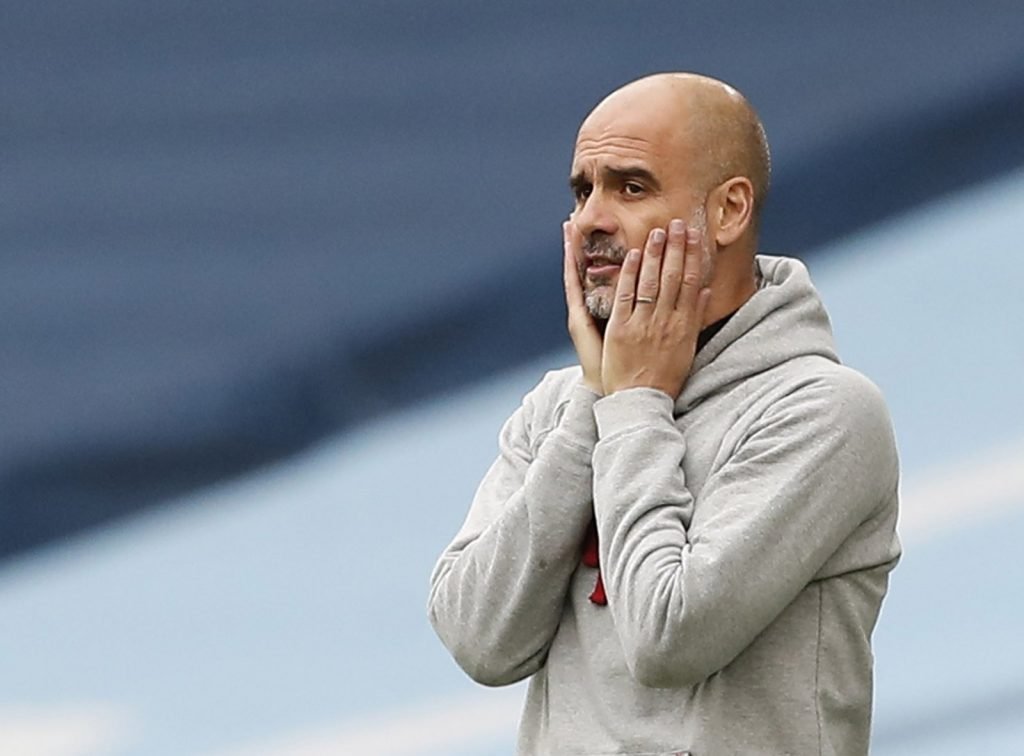 Guardiola could be a huge factor in deciding Kane’s future.

However, it now appears that the striker may be left frustrated as his potential suitors could well be looking elsewhere.

According to The Sun, Kane will be left stranded at Tottenham, unless City boss Pep Guardiola demands that the Citizens sign him over Erling Braut Haaland.

Borussia Dortmund striker Haaland is another player who has been tipped for a big move this summer, and City are one of the clubs reportedly interested.

Spanish duo Real Madrid and Barcelona have reportedly withdrawn interest, whilst United are currently being priced out.

Spurs are apparently unwilling even to listen to offers below £150 million for Kane, and United are refusing to pay more than £90 million.

Kane will therefore be stuck at Spurs unless Guardiola comes calling, however Haaland is reportedly seen as the preferred option at present due to his age.

City will be looking to recruit a replacement for record goalscorer Sergio Aguero, who will depart the club in the summer having scored 258 times for the club and won 15 trophies.

Kane could be seen as a good replacement for Aguero given his proven record in the division, however Spurs are likely to be reluctant to sell to a club they view as a rival.

With such uncertainty over the future of a number of players, the upcoming summer transfer window promises to be an exciting and busy one.