Last night, a shooting happened at rapper DaBaby’s house in Charlotte, North Carolina. The victim of the shooting was a trespasser. The rapper blames the media for the incident. 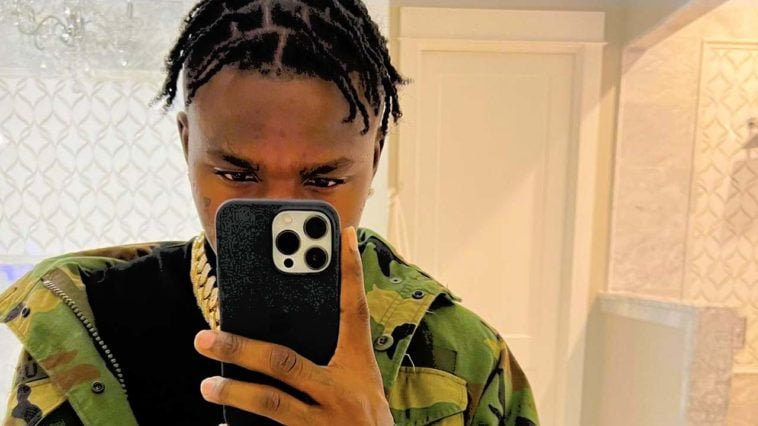 DaBaby has responded to media coverage of the shooting at his home today.  The controversial rapper is blaming the media for bringing too much attention to the attempted robbery.

The North Carolina rapper is calling out the media, saying that the constant attention on rapper’s lives actually fuels these types of attacks.

He said, “Media telling niggas business be the main reason niggas get fye put on em”.

Last night, an intruder was shot at rapper DaBaby’s house at 7:45 according to the Troutman Police Department. The trespasser is expected to survive the shooting with non-life-threatening injuries.

“This was an isolated incident and there is no threat to the community at large” police said.

News has come out that the intruder was not a visitor to the “Suge” rapper’s mansion according to Dave Faherty of a local news affiliate WSOC in Charlotte.

DaBaby, whose real name is Johnathan Kirk, has a history of run-ins with the police. He was questioned in another shooting in Miami last year on Ocean Drive where two people were shot.  Furthermore, he infamously shot and killed a man in a Walmart parking lot and bragged about it on his album.

A few months ago, the rapper got into a brawl at a Los Angeles bowling alley with ex-girlfriend DaniLeigh’s brother, Brandon Bills.

A video of the brawl surfaced, showing DaBaby and his crew pummeling Bills. In the video, DaBaby is seen exchanging harsh words with Brandon Bills. Suddenly, DaBaby throws the first punch. The two men go at it, slipping around and falling on the bowling alley floor as DaBaby’s crew gets into the action.

Now, DaBaby is facing a lawsuit from Brandon Bills, who is suing the rapper for assault, battery, emotional distress, and negligence.  Bills is claiming he’s been suffering in the aftermath, including hefty medical bills, and physical and psychological problems.

However, DaBaby is claiming self-defense, saying Brandon was “running around threatening people” during the exchange.